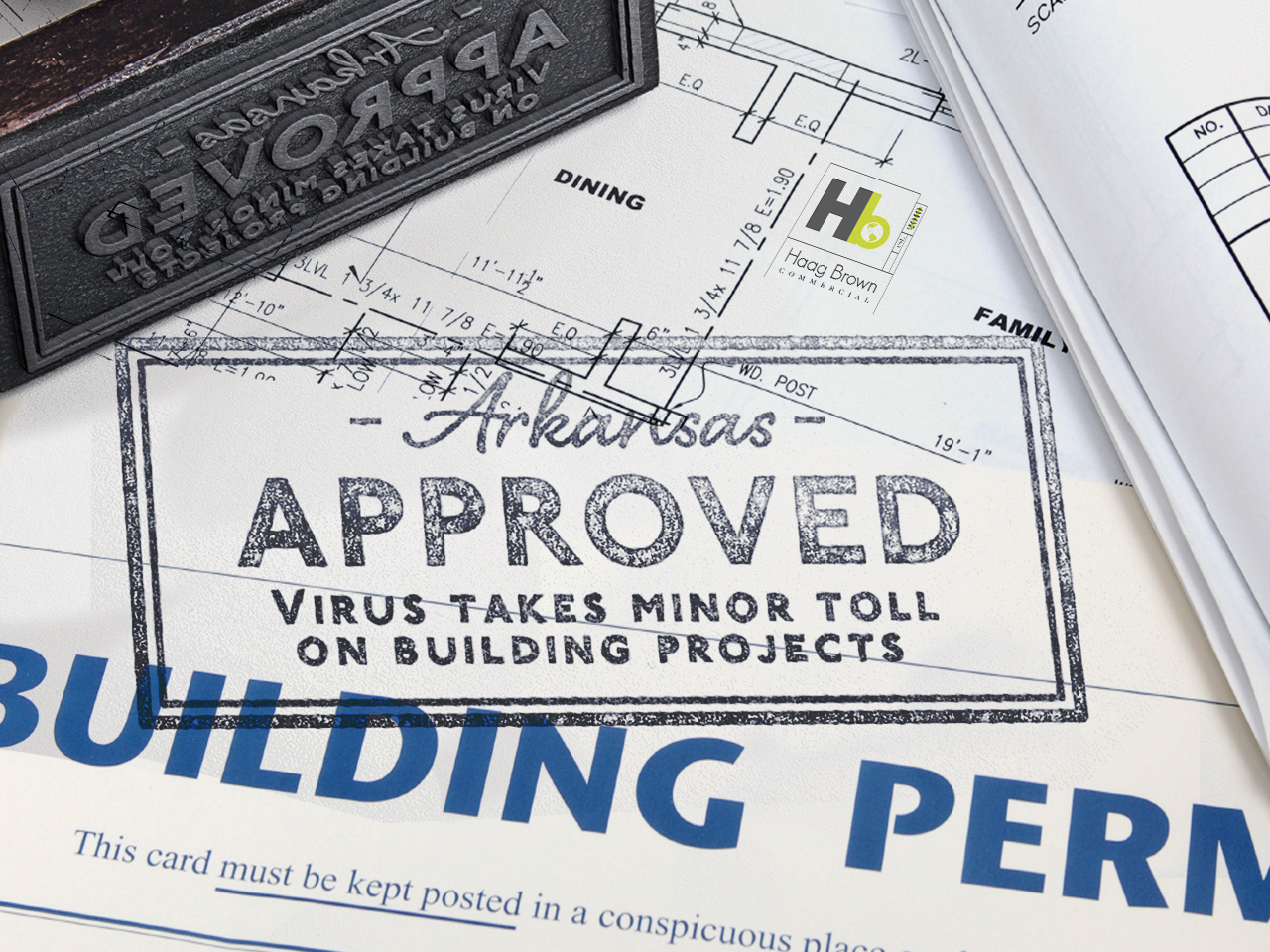 Building permit revenue makes up a small portion of a city’s revenue stream, but the number of building projects can signal a municipality’s economic state and growth potential.

So when the COVID-19 pandemic hit the United States in March, city officials in Arkansas worried, among many possible effects, how the virus might derail or hinder the building permit process.

It turns out that they worried unnecessarily. Instead the pandemic “made things kind of thrive,” said Dennis Sanders, the building safety director for the city of Fayetteville.

Sanders said the only permit numbers that were down in 2020 for his city were multifamily developments. He didn’t believe that drop had anything to do with the pandemic but was instead a result of the natural ebb and flow of such commercial projects.

Even so, Sanders said, the city has a number of apartment projects ready to go this year.

“No one came in and built new apartments toward the end of the year,” Sanders said. “We had some at the beginning. We have some that were in review, but nothing came out in 2020. I do have 13 buildings that are going to be [built] this year in 2021.”

Little Rock saw its permit revenue drop slightly to $2.43 million in 2020 compared with $2.62 million in 2019. That relatively small decrease was a relief after a couple of weeks of doldrums at the beginning of the pandemic.

“When the pandemic started and everything got shut down, we had about a month of slowdown for us, not quite a hiatus,” said Jamie Collins, Little Rock’s director of planning and development. “People were just taking stock. We did have that lapse a little bit. We were only down $187,000 approximately from the previous year, but our revenue is within what our revenue should be typically. We do have up years and down years.”

Collins said that without the effects of the pandemic, the fiscal year’s permit revenue would have surpassed 2019’s. “I think we were fine for the year,” Collins said.

During the pandemic, many people worked from home and many also kept close to home rather than going out. That has inspired people to undertake do-it-yourself projects such as planting a garden or building a deck. On a city level, the homebound nature of the pandemic led to an increase in permits for additions and alterations to residential and commercial properties.

The city of Rogers saw permits for residential alterations or additions jump 45%, to 231 from 159 in 2019. William Hyde, the city’s deputy fire chief and building official, said the pandemic that closed Rogers Aquatic Center for the entire year led to an increase in residents wanting to install swimming pools.

“I’m not an economist, but to me that indicates healthy business growth,” Hyde said. “There certainly was an increase in our permit collections. It indicates how healthy the area is.”

Jonesboro also saw an increase in renovation permits, but a tornado that struck the city in March played a large role in that. Derrel Smith, the city’s director of planning, said the city waived permit fees for tornado-related applications. Permits not related to the tornado almost doubled from 56 in 2019 to 100 in 2020.

“We had a lot of folks rebuild,” Smith said. “Since the pandemic we can’t see that it has slowed growth down from the permits that we have issued. That is a pretty big jump, but a lot of that was rebuilds from the tornado. “Everything has continued to trend up.”

Fayetteville had 801 permits for additions, alterations and miscellaneous buildings for residential and commercial properties. That was up from 621 in 2019. “The additions and alterations I think had to do with people being stuck at home, trying to take [on] some of the honey-do list,” Sanders said.

Little Rock saw a slight decrease in the number of single-family residential permits with 391 in 2020, four fewer than in 2019.

But the year ended splendidly for the state’s capital with 51 permits in December, the best final month since the housing bubble burst in 2008.

“That shows us what is happening in the economy,” Collins said. “2020 was the third-best year overall since the housing collapse for single-family. I think this is a regular continuation of growth. Little Rock has always moved on. There has still been development.”

These were “valuable homes at that,” Rogers’ Hyde said. “That tells the story. Commercial gives you a glimpse, but residential says more people are moving here.”

Sanders said Fayetteville’s permit revenue was just below budget, coming in at $1.4 million, approximately $100,000 less than projected. Sanders said the lull in multifamily permits was the reason, but he has projected revenue of $1.6 million in 2021, a sign of how optimistic he is about Fayetteville’s continued growth.

Part of his optimism is attributable to the number of apartment units on the horizon and the promise of some closed businesses reopening, perhaps after renovations by new ownership.

“I could get some revenue coming in if people are remodeling or opening new restaurants and new bars,” Sanders said.

Hyde said most developments start behind the scenes a year or two before they get to the permit and construction phase. Those meetings and planning sessions did not abate in Rogers in 2020, giving him the expectation that permitting will continue to be healthy in 2021.

“We didn’t experience a slowdown in that level of interest in development at all,” Hyde said.

Collins said that when the pandemic first began, the city, expecting a significant slowdown, reduced some of its field staff. That lasted only a couple weeks as business soon sprang back to normal.

“All in all, in the times that the world is in, I believe the city of Little Rock was strong,” Collins said.

‼️ HB is excited to announce the opening of Al

"So do not fear, for I am with you; do not be dism

How does snow ❄️ make the simplest things look

The outside may look a little different now, but S

‼️ We are pleased to announce Steak ’n Shake is coming to Paragould! Famous for their prime steak burgers 🍔 and han… https://t.co/xHLtzWqua8
h J R
@haagbrown

⚠️ Plans are coming together for a 🆕 FOOD TRUCK area in front of The Uptown project on the old Indian Mall site in… https://t.co/JMoSPgKfWb
h J R
@haagbrown

📰🚨Good News!! We are working on what could be one of the coolest bookstores in the country, right here in Jonesboro… https://t.co/22KZy96FBb
h J R
@haagbrown

Haag Brown is excited to share that it is working on a project in Northwest Arkansas with a company from Northeast… https://t.co/S0SilQm738
h J R
@haagbrown

‼ What a wonderful Christmas gift for Jonesboro! 🎁 Nestle USA is planning a $100M Expansion in Jonesboro, and spoil… https://t.co/m2deXI9MyS
h J R
@haagbrown