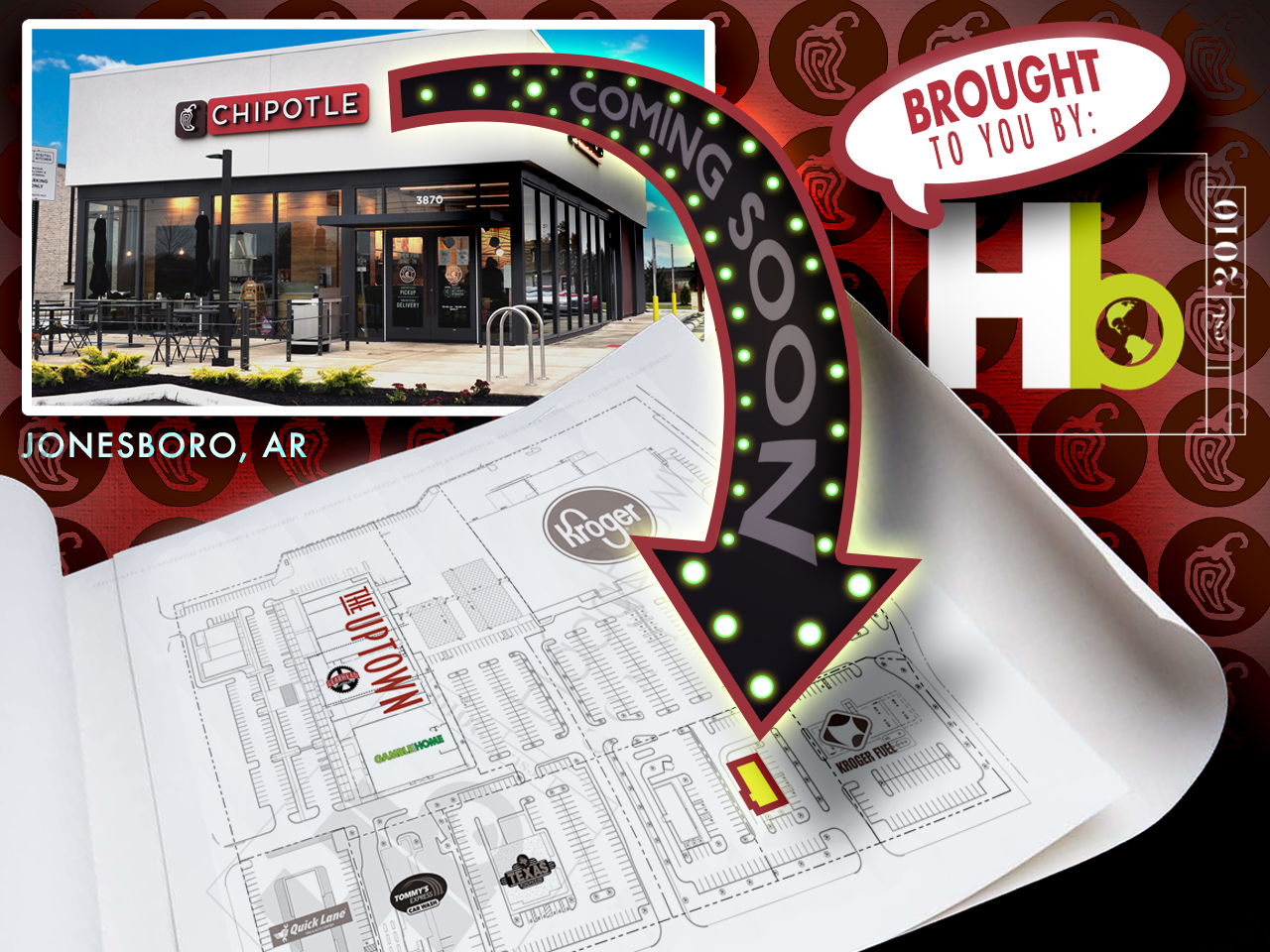 Chipotle! That’s the newest announcement from HB! Chipotle’s newest prototype with a drive thru will soon be in front of the Kroger Marketplace on Caraway Road beside the Kroger Fuel Center.

Ten years ago almost to the day! January 20, 2011, is when I sent my first email to Chipotle’s corporate office. We finalized the deal on January 23, 2021. There were hundreds of emails, phone calls, texts, and meetings over the course of the past decade. We think they landed on the perfect site. Joshua Brown | Haag Brown Commercial Principal

Chipotle Mexican Grill is a fast, casual restaurant dedicated to serving real food, with real flavor, for a real purpose. Based on an assembly line type model, customers can easily customize their burrito or bowl with an array of fresh ingredients.

“Chipotle is among the hottest restaurant brands in America. It has a cool factor about it— kind of like Starbucks did when they were first opening stores across the south. But the best thing about this deal, at least for me, is that it is my wife’s favorite. To my knowledge, it is the only restaurant she has ever repeatedly asked me to bring to Jonesboro.” Joshua Brown | Haag Brown Commercial Principal 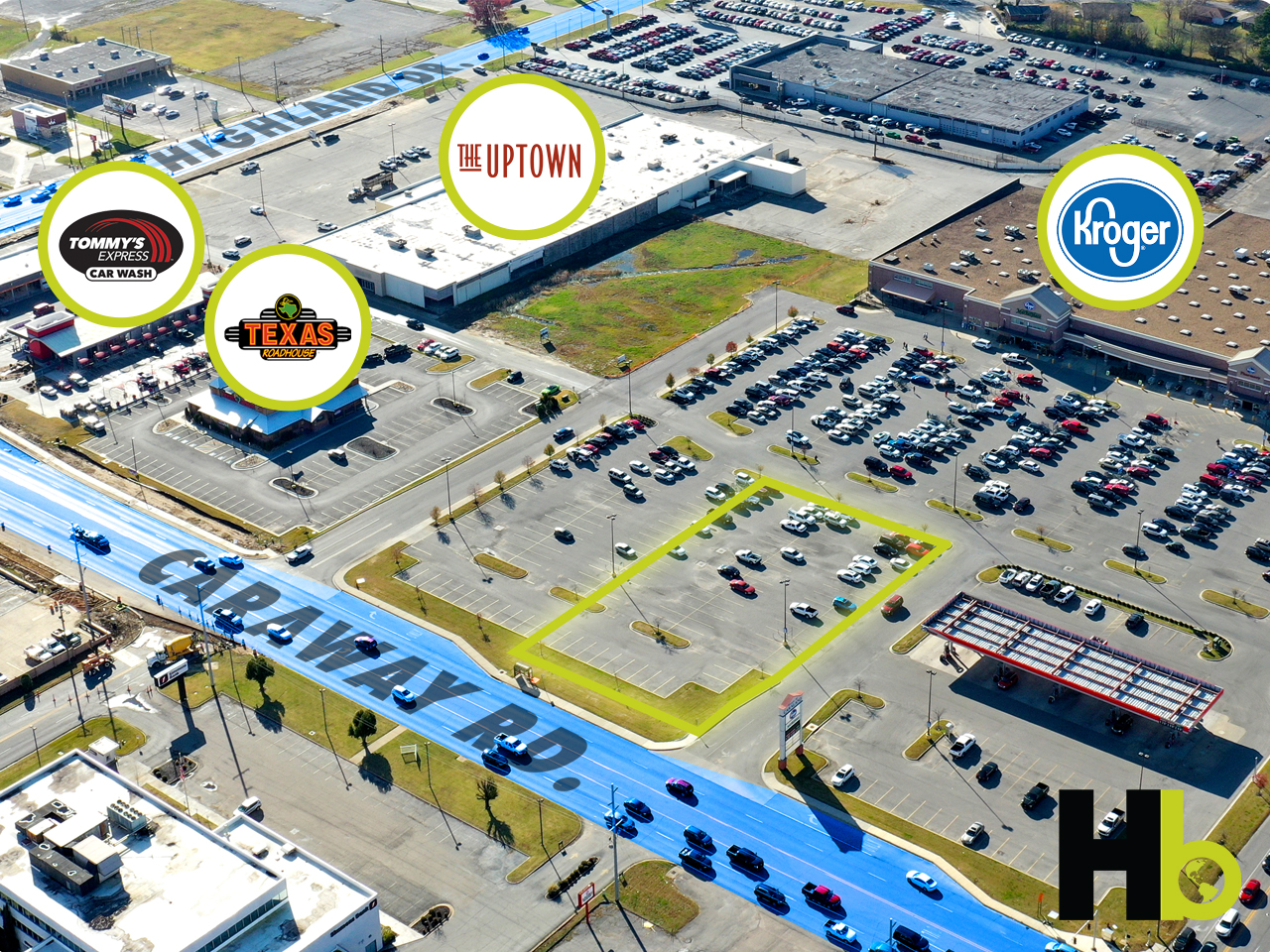 Located near the intersection of Caraway Road and Forest Home/Wilkins, the restaurant is poised to be the top producing QSR in the market. And how could it not be? The site is part of the old Indian Mall re-development project, home of the city’s hottest new gathering place, The Uptown, and three of the city’s top grossing businesses – Kroger, Tommy’s Express Car Wash, and Texas Roadhouse.

Not only that, but this project will utilize Chipotle’s newest store prototype, the first ever built in Arkansas, featuring the wildly popular CHIPOTLANE. Introduced in early 2019 and amplified during the COVID-19 pandemic, the Chipotlane is a modernized drive through where customers order digitally using the Chipotle website or mobile app, then pick up their food at the designated Chipotlane window, all without leaving their vehicle.

We envision Jonesboro residents regularly spending an entire afternoon within this development. Without leaving the premises, people can get their Kroger grocery pickup, fill up with gas, run their vehicle through Tommy’s Express Car Wash, and grab some fresh, pre-ordered food from the Chipotlane.

"Now faith is confidence in what we hope for and a

Haag Brown is excited to announce that Secura Self

Karla Forkum Gladish is the winner of our HB Annou

HB Commercial Lot :: PENDING We are excited to g

Haag Brown is excited to release that Newk’s Eat

Haag Brown is excited to announce that Secura Self Storage will be #openingsoon in Jonesboro! The complex is conve… https://t.co/JUKtytKWYE
h J R
@haagbrown

Starbucks is bringing their corporate cafe prototype to Paragould! 🤩 It will be located along West Kingshighway on… https://t.co/RPiGfW8FPx
h J R
@haagbrown

HB would like to congratulate Nathan Eller and Joshua Brown on the sale of the former San Francisco Bread at the we… https://t.co/uDEkWER9zt
h J R
@haagbrown

HB is bringing another new retailer to Hilltop! 🤩 Dollar Tree will soon be locating 📍 to a brand new space beside… https://t.co/J6iTp6nmfH
h J R
@haagbrown

HB is excited to announce the Buckle is officially "COMING HOME" to The Uptown! 🤩 The Uptown is happy to welcome i… https://t.co/XqAkFpyZZB
h J R
@haagbrown